Powhatan's James River Plein Air - Sticking it out in the Rain! 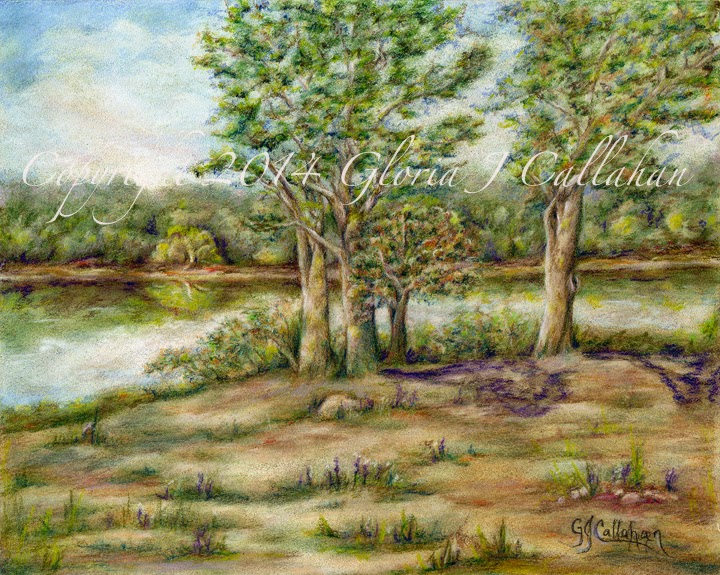 Now that summer is half over I thought I had better catch you up on what I have been up to recently besides teaching summer open studio class in my home studio.   The above plein air study was CP painted on Ampersand pastelboard last Wednesday.  My cohort in Plein Air travels, Kathy Scott and I painted at the new Powhatan James River State Park.  She in oil and as usual I worked in CP.  We had planned to get an early start before the impending rain or heat and humidity of the Mid Atlantic set in.  But after a brief walk around we were forced to work under the pavilion on our morning's pieces.  The view was at more of a distance from what I had originally decided to paint so I worked from memory of the view I liked the best, supplemented with short jogs out into the rain to re-familiarize myself with the original view.

The rain of course was not my only challenge today.  You see I had a board from a failed attempt to plein air in my bag which had a slightly rendered image on it already, a statue in a garden surrounded by rocks.  Although it appears in the photo below like a landscape sketch it was really in a vertical format 10"h X 8"w.  After erasing the board as best I could, then turning it into a horizontal, you can see what I was left with in the image below: 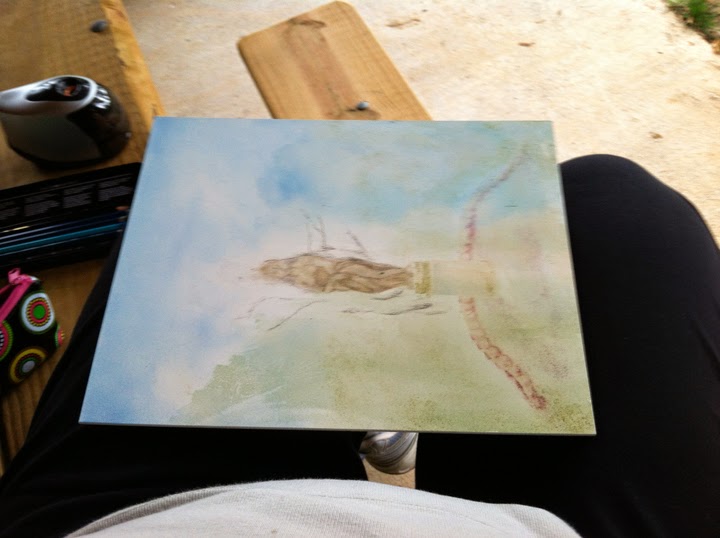 Not the best when using a translucent media like colored pencil, but I actually had little hopes for this new piece given the rainy day we were working in and the distant view of my desired composition.  As you can see in the reference photo taken below,  my view from under the pavilion showed little of my original vision. 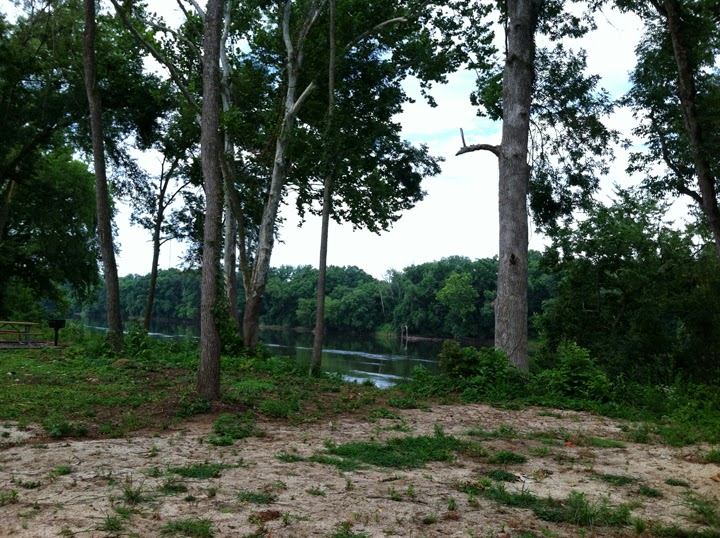 But 3 hours later when the rain had stopped and a few faint sun rays came out, we were invaded by a YMCA camp bus of little people ready for a "Nature Talk" by the park rangers.  So we packed up and vowed to return on a sunny day.  I worked for a short while when I arrived home the next day tweaking the far bank and foreground areas.  You can see my statue underpainting is hidden (actually she is under the tree bases and along the front bank of the river).

Lessons learned:  #1Yes, you can salvage a failed start and cover it in CP just like in other media, on Ampersand that is.  #2 I was proud of Kathy and myself having stayed the course in the rain.  We found a scene stuck with it and worked thru the conditions. #3 I think I captured the atmospheric moisture in the distant shore as still kept  the lighting and shadows of my initial view before rain set in.

Besides being a great friend and CP artist herself Kathy is always ready for an adventure!  Here is Kathy Scott's plein air from our trip: A 10" X 8" oil painting titled: The James River In Powhatan.   More of her work can be seen at her website:  http://kathyscott.fineartstudioonline.com  As you can see Kathy chose to keep the rainy feel of the day with her piece.  Her view was certainly different than my own, but I'm sure you will agree, a lovely calming view of the James. 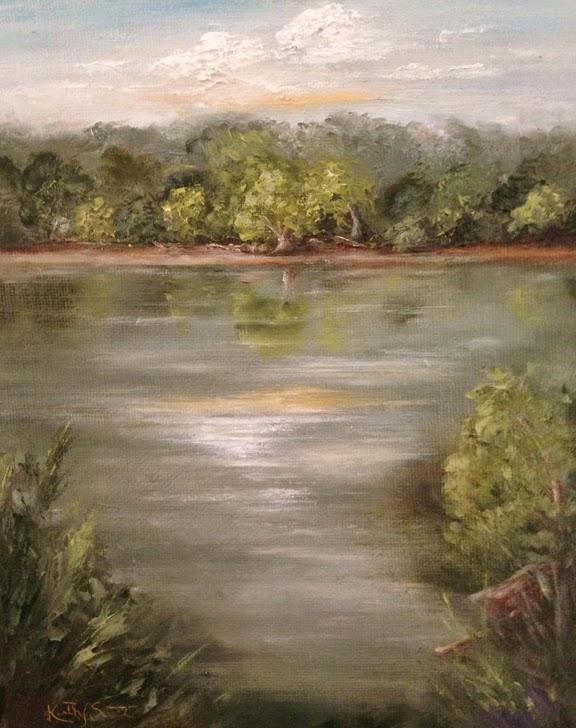 Our trip was the second in a series for me of James River views from the central VA area in which I live.  More to come for this series.  Next blog post will continue my plein air travels with CP from this weeks trip to a the Harrisonburg area of VA and more!

Have a colorful week!