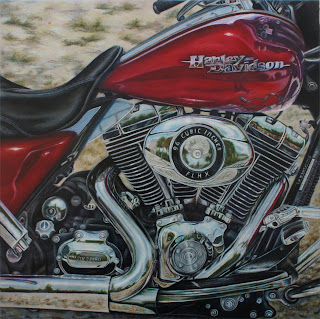 This has been a crazy year for me and I apologize for not having made more entries.  You see I have been nursing my left shoulder since forever it seems.  After rotator cuff surgery on March 4th I was finally able to finish the last details on my CPSA entry for this year the day before the deadline.  Having to work in my immobilizer sling was not easy.  With my submission complete, I began teaching my classes for the spring session.  Which brings me to the day I found out about my acceptance......

A friend and I had just returned home from a great museum trip to the National Gallery in DC, to view Albrecht Durer's pen and inks sketches for his paintings and for a jaunt around our favorite places to visit at the National.  Durer's work was amazing and I thoroughly enjoyed the exhibit.  I also had a chance to show my favorite Dutch master still life's to my friend, who had never seen them.

When I returned home, I checked my email from my phone and found a puzzling email from Paula Parks from the CPSA.  She was informing me of a possible hitch in showing my piece at the International show this summer.  Had I gotten in? Had they posted the entries early?  I quickly checked the website and found they had and I had!  After a very goofy happy dance, I returned to my senses and now re-read the email.  She was asking if I still planned on showing my piece at the convention and if I had permission from Harley Davidson Motorcycles to show the work.  She explained that they were very protective over their trademark and if I chanced showing it there might be fines or penalties.  Well, I have to tell you I never thought of this!  I thought the trademark logo was the wings image you see on leather jackets driving down the road very fast.  I spent the next 2.5 hours on Harley Davidson's website trying to find out how to reach them to get permission to show this work and gain my signature status.  You see this is my third acceptance within the prerequisite 10 year period of time, so it gives me my signature status in the CPSA and the right to place those letters after my name.  If I couldn't show it, I would not get the status!  I was a wreck and had to find a way to get a real person on the phone or by email.

You see I started this piece, not as my entry but as an example for one of my students, who had until this winter only worked on still life and botanical pieces.  He drove his motorcycle to class one day, and after I had razed him about being on a death machine, I told him he should do a piece with it as the subject.  Something for himself, not his wife.  We all know that when you work on something you love you do your best work.  This started my winter class for 2013 as "Shiny Subjects and Reflections".  I demonstrated and coached him thru his piece and I also worked on mine, in my free time.  I wanted to show in the class how to capture reflections in metal, glass, and other materials.  It was only when I realized I needed surgery that I came to the fact this Harley had to be my entry into the show.  It was from a photo reference I took on vacation on St. George's Island, FL.  I cropped it to be a square image, zeroing in on the workings of the bike.  I tried to finish it before surgery but this was one tricky and detailed piece.

Anyway I wrote emails, called and left messages at the Harley Davidson Motorcycle Co., in WI.  After two weeks of waiting and trying, I received an email stating I could show and sell my original.  They wanted to be clear that I was not to make reproductions of the work, no giclee's or digitals without a license to do so from them.  And I was to respond back that I understood their position.  And I did.  Now the above piece will be exhibited in the 21st International CPSA Exhibit in Brea, CA at the City of Brea Art Gallery July 31-Sept. 13, 2013.

I have to tell you I have seen many many pieces of motorcycle art in galleries, shows and competitions over time.  I never thought this might be a concern if you were not using the logo.  What I have learned from this:

1.  If your going to use a product in todays world that may have a trade name/trademark, do your homework.  Get permission before you put hundreds of hours into it.
2.  Plan out your piece so that the name/trademark is not on the image in it's full state.
3.  And count your luck stars when a big conglomerate gives you permission "Thank You Harley Davidson Motorcycles"!

I did ask about how to go about the licensing of prints and the cost, for curiosity's sake, and it's been 2 weeks and I haven't heard a word.  But at least I can go ahead and show my work.

I've waited to post this until I had word so you'll be seeing a few more completed pieces in the days to come.  Have a colorful day!
Gloria

Posted by Gloria Callahan, CPSA at 12:26 AM No comments:

Get Notices of My New Posts - Follow by Email